Horizon lines are described to us early on in kayaking as a point downstream where, from a distance, it becomes difficult to see how the river transitions from a high elevation to a lower one.

At present, I feel like I’ve just paddled over a horizon line of sorts in my personal paddling… 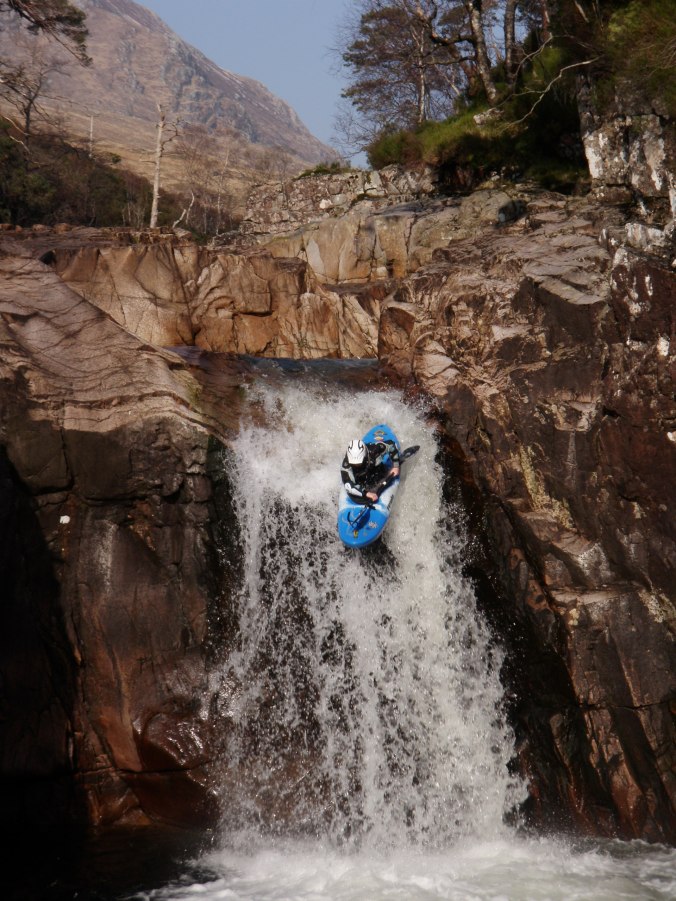 Praying for a pencil and not a splat.

My time in Manchester University Canoe Club was fantastic for the development of my skills; at the start I was regularly paddling new rivers with new people giving me tips, and then I was leading on those same rivers and seeing them in an entirely different way whilst really enjoying helping others progress in the sport. Towards the end however, I began to feel like I was stuck in a rut of paddling the same rivers over and over again.

After a while of this stagnation, I’d convinced myself that I wasn’t capable of paddling anything above Grade III, and the thought of paddling IVs made me quite nervous. Those nerves made me wobbly even on the rivers I knew well, and that’s when I decided I had to move on and do new things.

Much the same as a literal horizon line, at first I had no idea of what was up ahead or how difficult it may be, but with each new river I’ve paddled recently, I’ve gotten closer to the horizon line and the whole thing has become clearer.

I’ve now paddled a handful of new Grade IVs and realised that I am up to it, and that the previous Grade IV runs I know and love aren’t unusually easy, which makes me feel confident about doing more in the future!

Tell All Your Friends: